Charlottes 21st last night was a belter of a night! 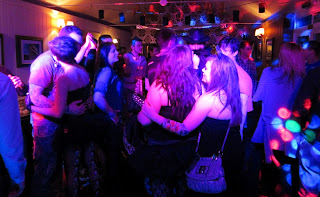 I went into this one a bit blind really as I wasn't given any details on the music policy. In some ways, this is quite a challenge, and a test of ones ability to read the guests, and attempt to hit the right tracks in order to get the dancing going. But of course the flipside to this, is its easy to get things wrong and therefore a little experimentation is sometimes required! I must admit though, my job was made a little easier given that all the guests were dressed as rock stars ;) So rock it was. Not exactly my comfort zone but it's easy enough to bang out a few classic rock tracks and mix it up with some more contemporary Foo Fighter, Kings of Leon type fodder. 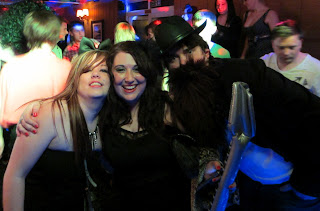 After 11, I was left with a much younger crowd so managed to get back to what I do best...mixing up the latest R&B, commercial dance, pop, and the usual tried and tested party classics. The dancefloor was heaving, inflatables in the shape of instruments (mostly guitars) were being thrown around, and people were dancing on their chairs! I tried to wrap the party up just after 12 but they were having none of that! 1 more turned into 2, turned into 3...well lets just say by 12.30 I finally managed to drop my last tune and for my efforts the whole room gave me a massive 3 cheers! Nice, thanks guys.

I expect there were some very sore heads this morning.... 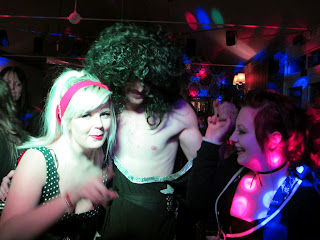